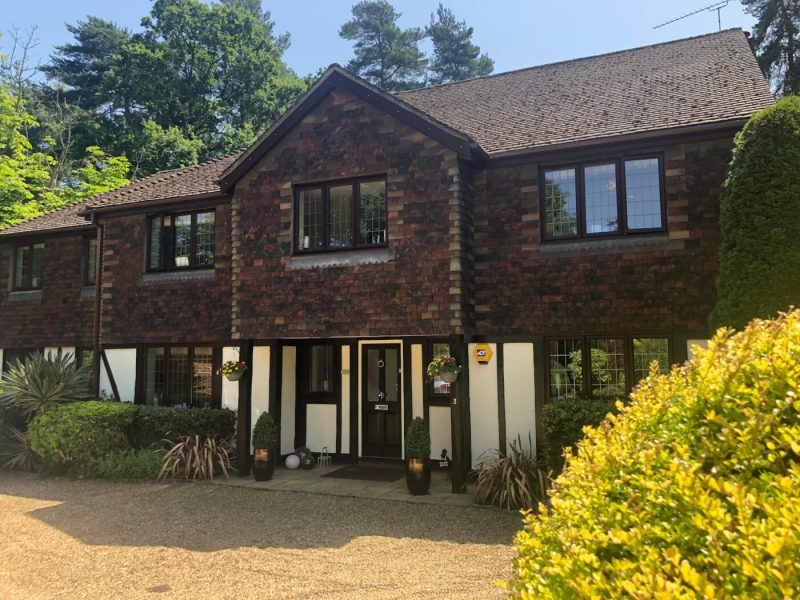 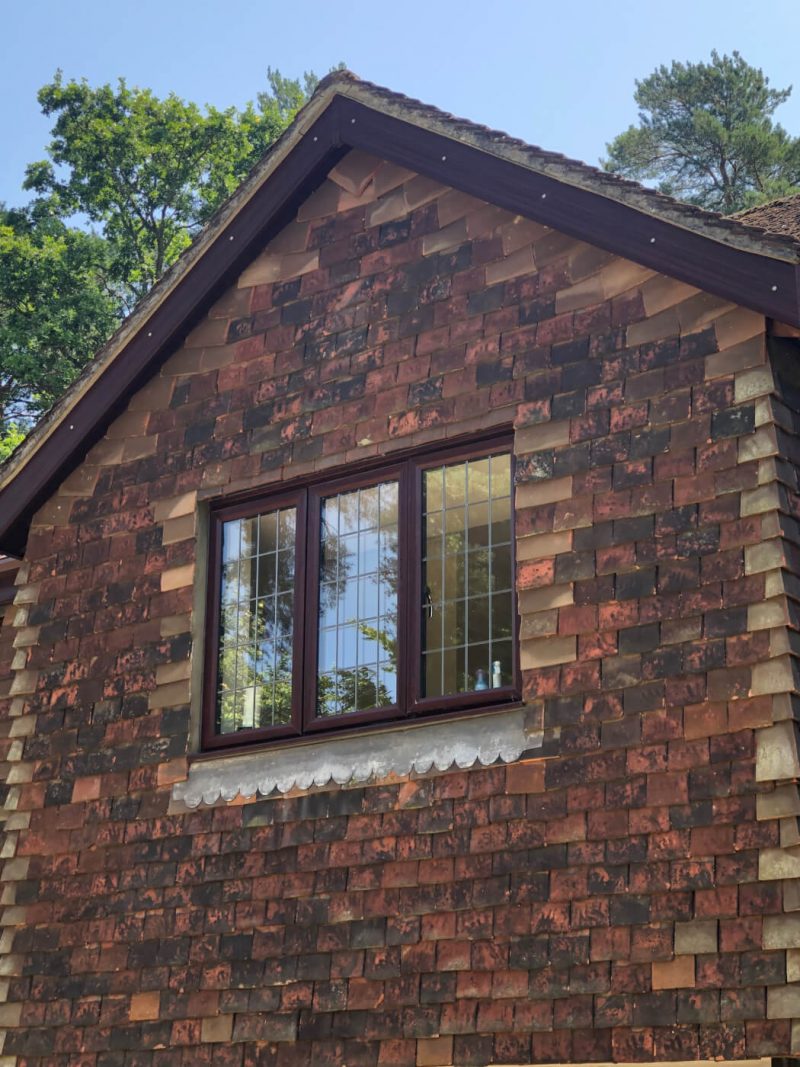 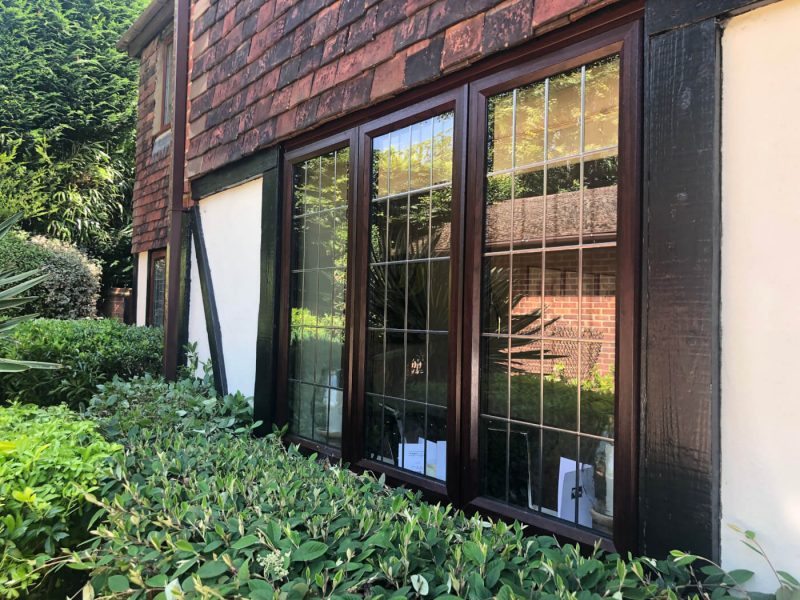 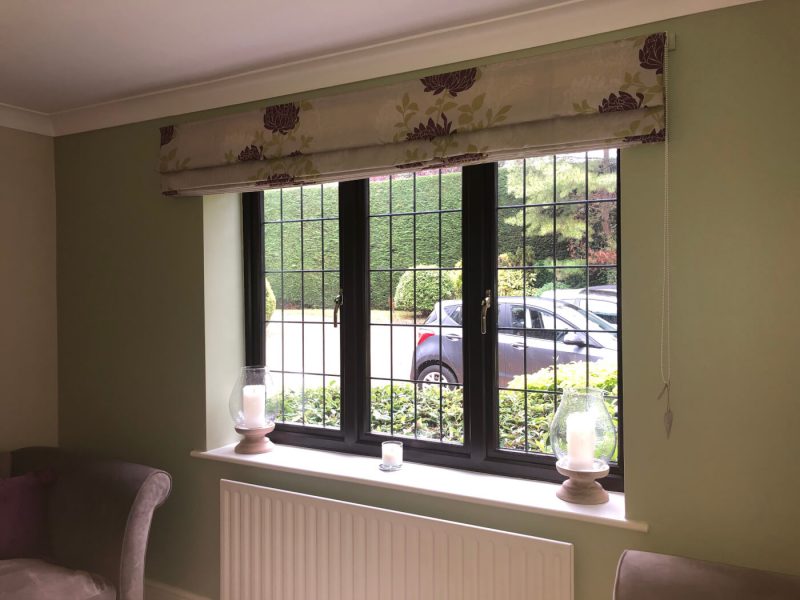 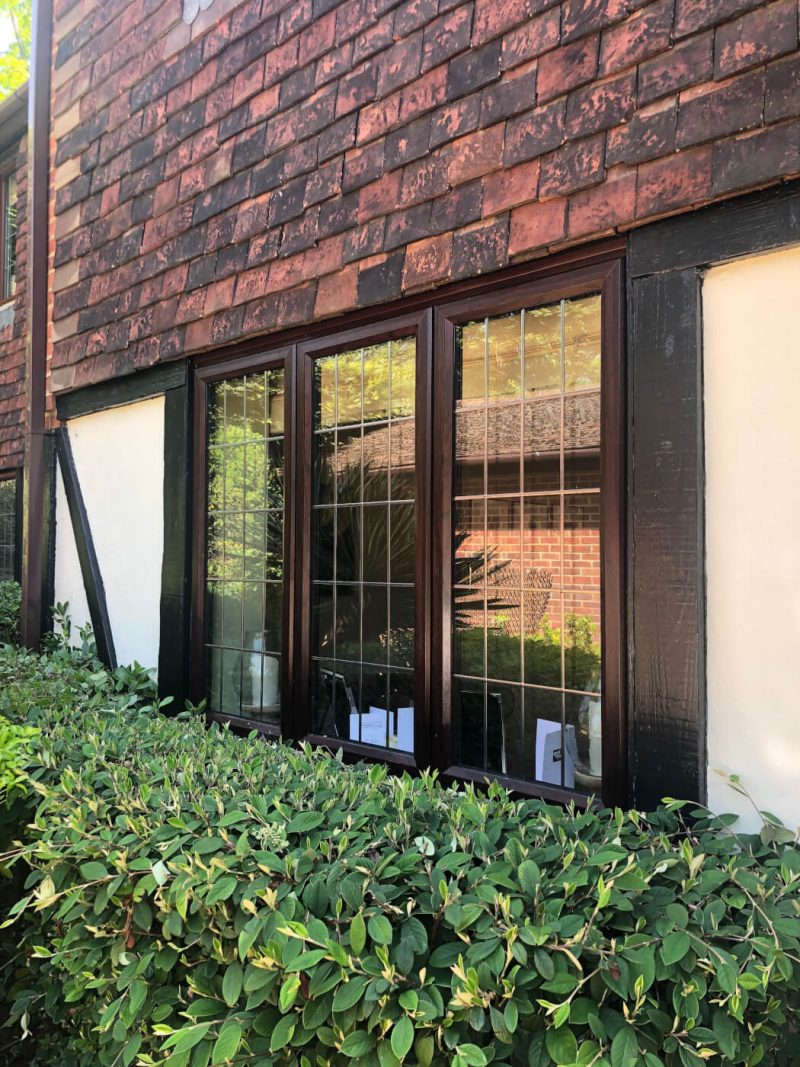 Amazingly, this particular client’s home had been fitted with the same windows since 1986! Suffice to say, replacement windows were long overdue.

So after we were recommended to them by their neighbours, our client got in touch with us here at Sheerwater Glass to see if we could fit some like for like replacements to their home. Of course, we were more than happy to oblige and set out to fit some exclusive slimline uPVC windows in a rich Rosewood finish.

As their current windows were so old, the locks and keys on them didn’t work properly. This meant that their windows were a significant risk to the security of their home. However, after we fitted their replacements, our client no longer needed to worry about the contents of their home being at risk. This is because our slimline windows are secured in multiple places by a shootbolt locking system, security glazing prevents their glass units from being removed, and hinge protectors provide resistance against attempts to force them open.

As double glazing technology has come on so much since the 1980s, replacing the windows on their home had an overwhelmingly positive effect on its thermal performance too. By replacing their well-outdated double glazing with our ‘A+’ energy rated slimline windows, their home is now able to retain more warmth than ever before. This not only means that their home should feel more comfortable throughout the year, and especially during those colder months, but it should save them having to spend so much to heat up their home too.

Of course, windows that are over 30 years old don’t just underperform, they look a bit worn out too. But by fitting like for like replacements, we gave their home a contemporary facelift without spoiling the property’s original character. So it should really exude that wow factor from now on.

How they found working with us

When our client was asked how they found working with us, they had this to say:

They also singled out Steve, one of our Sales Advisors here at Sheerwater Glass, for individual praise, saying that they found the whole process working with him “very easy”.

The high-quality of our uPVC windows will allow our client to get many years of service from them, but if they fancy replacing their windows again in the next 30 or so years, we’ll be here and happy to help.