What are modern windows made of? - Sheerwater Glass

What are modern windows made of?

Although windows can be built from a variety of materials, with uPVC, aluminium and timber being the most popular, modern windows have more slender frames. Slender frames are typical of minimalist and ‘modern’ design, so they bring contemporary charm to any home. One example of them is our uPVC slimline windows, which have 12% more glass than your standard window because of their ultra-thin frames!

However, much more goes into the high-performance windows that you see on homes today. So, we’ve taken a closer look at how windows have developed over the years to give you an idea of what modern windows are really made of.

A brief history of aluminium windows

Of all the materials used to build windows, aluminium is the strongest. This inherent strength advantage has meant aluminium frames have been built to beautifully slender and ‘modern’ proportions for many years now. In fact, when they were first installed in buildings during the 1930s, their slim frames were perfect for recreating the industrial window style that is commonly associated with steel windows. 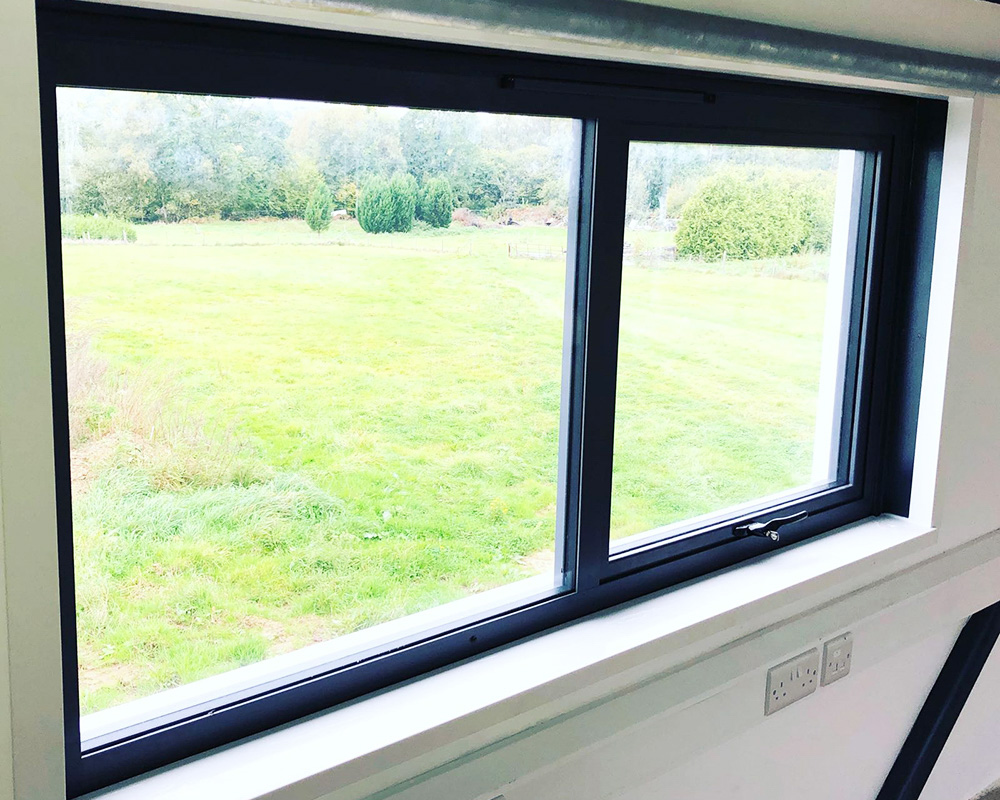 How timber windows have changed over the years 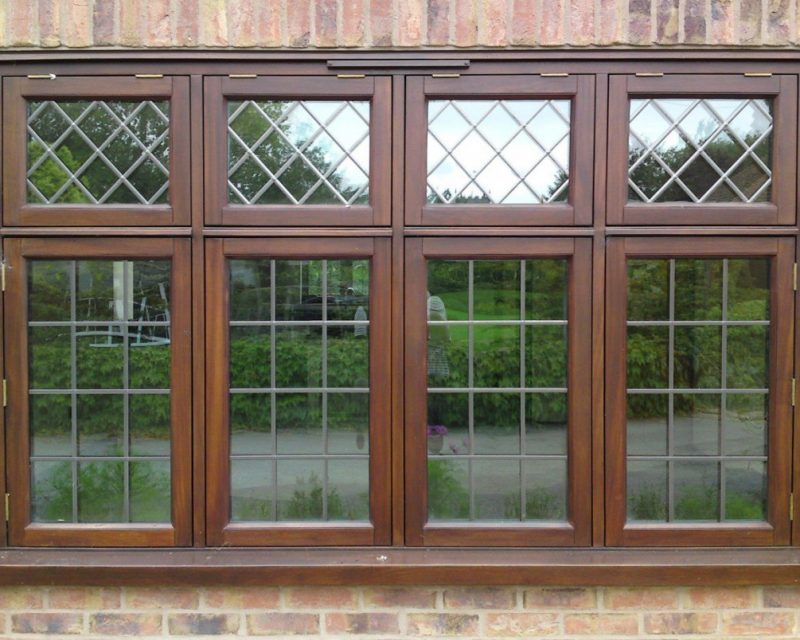 Having been used as a window frame material for centuries, timber is the go-to material for many who want a more traditional appearance. As timber is a natural insulator, timber windows have always helped to trap some heat inside the home. However, with double glazing only becoming popular in the 1980s, they used to be fitted with single glazing, which severely limited their ability to trap heat. Today, timber windows are available with modern double and triple glazing, both of which have improved drastically since the 1980s. Therefore, their thermal performance is outstanding too.

The rise of uPVC windows

uPVC windows started to become popular during the 1980s, the time when double glazing became all the rage. uPVC’s natural insulation properties made it a great alternative to the aluminium windows of the time. However, uPVC window profiles are now fitted with multiple heat-trapping chambers, which has allowed them to achieve Window Energy Ratings of A and above (some of the best you can find). 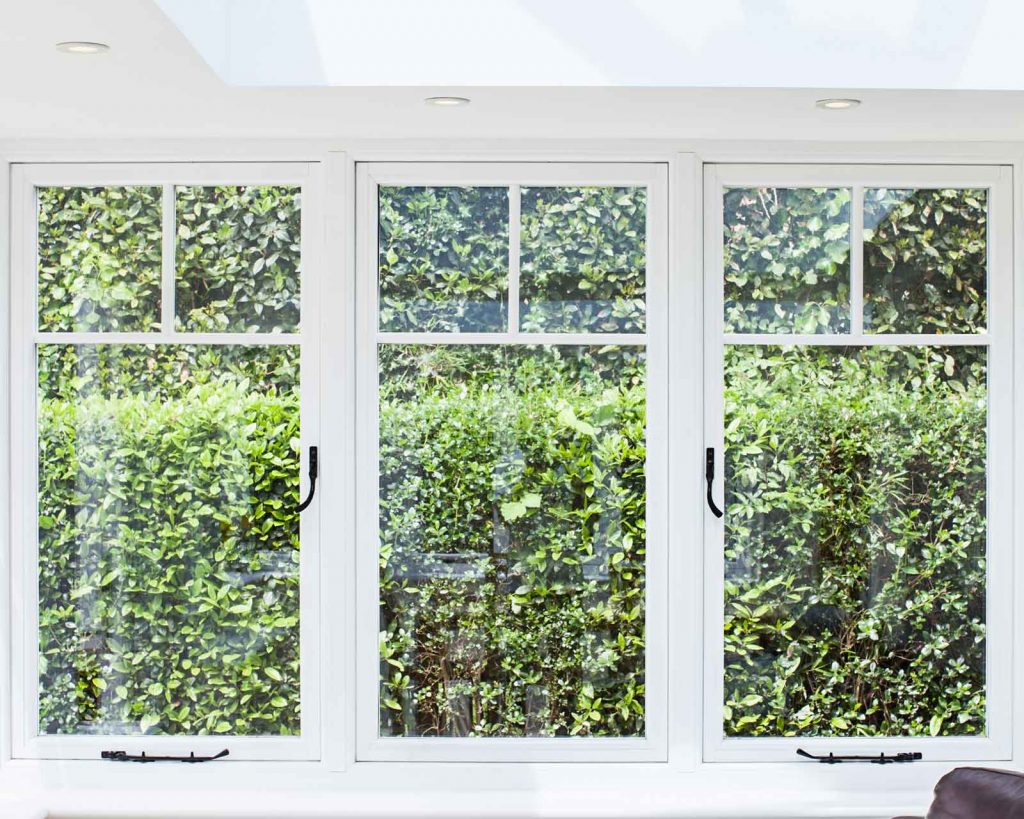 In terms of appearance, uPVC window frames used to look quite clunky and they featured unsightly black gaskets around the glass. However, as the years have gone by, the gaskets have become much better fitting so they’re almost invisible. The frames have become much more streamlined and softer too. However, no uPVC windows on the market today can compete with our uPVC slimline windows when it comes to a modern, streamlined profile. 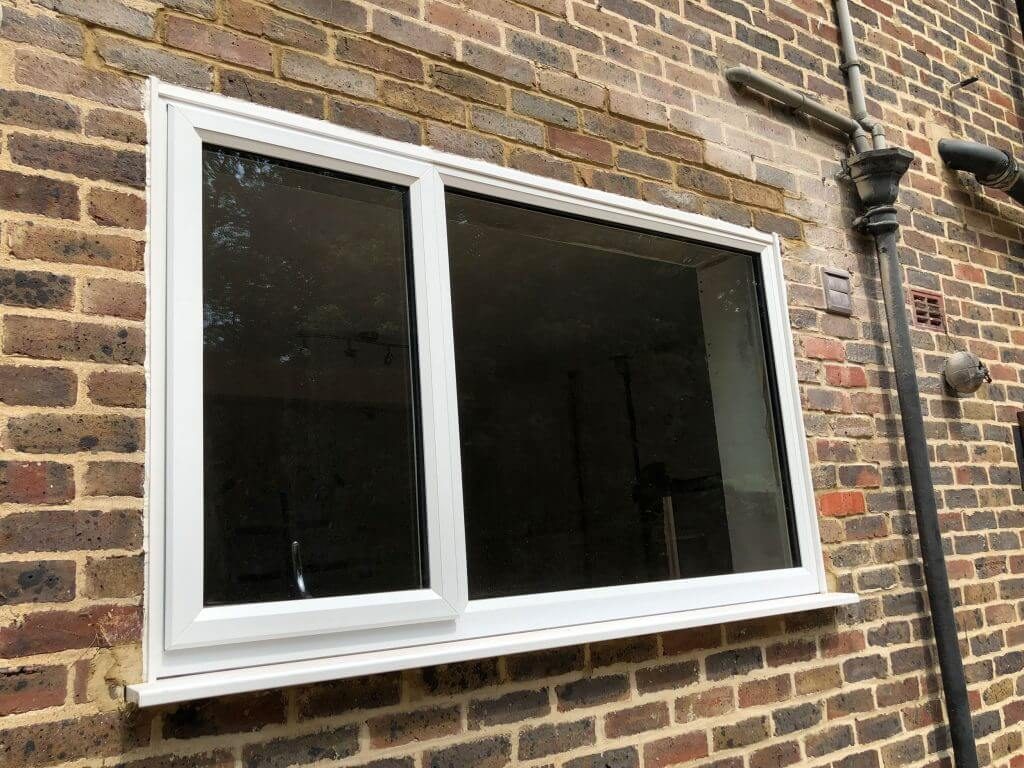 The result of more than 40+ years of glazing industry experience, the streamlined profiles on our slimline windows allow them to house a glass area 12% larger than standard windows. Brilliant for brightening up and contemporising the home, they utilise modern thermal technologies like heat trapping chambers. This allows them to achieve Window Energy Ratings (WER) of A+, an outstanding performance even by modern standards. 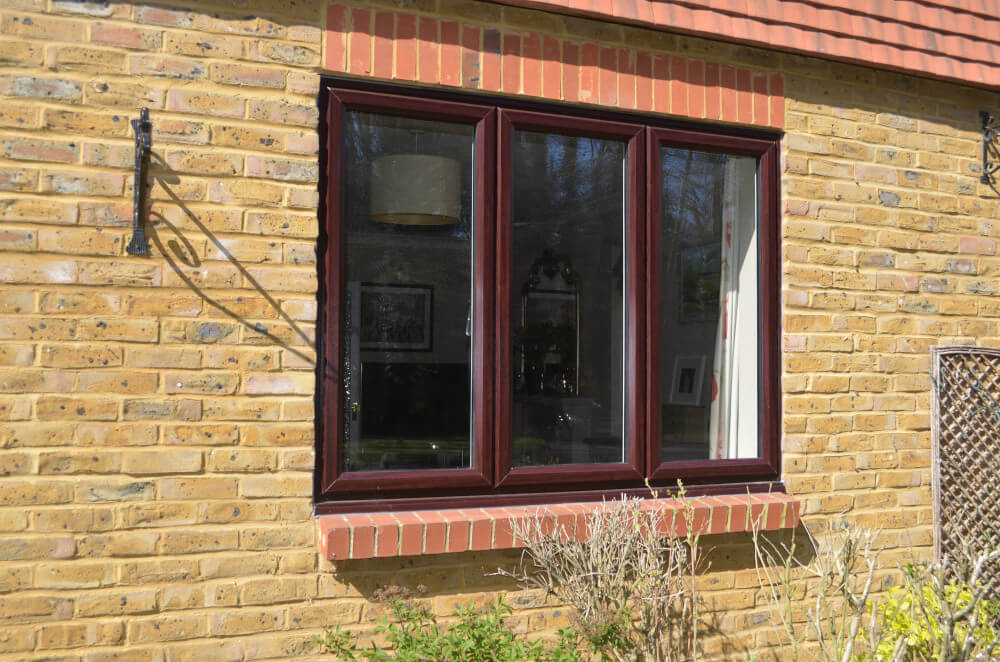 When people think of uPVC windows, they naturally think of them having white frames. However, the number of colour options for them has grown considerably down the years, and they’re now available in a wealth of different colours.

Since the 2010s, woodgrain finishes have also undergone serious development. These are a type of foil finish and they are applied to uPVC frames to give them the colour and texture of various woods. They’re a great option for anyone who wants to enjoy the benefits of modern uPVC material but with a more traditional window aesthetic. 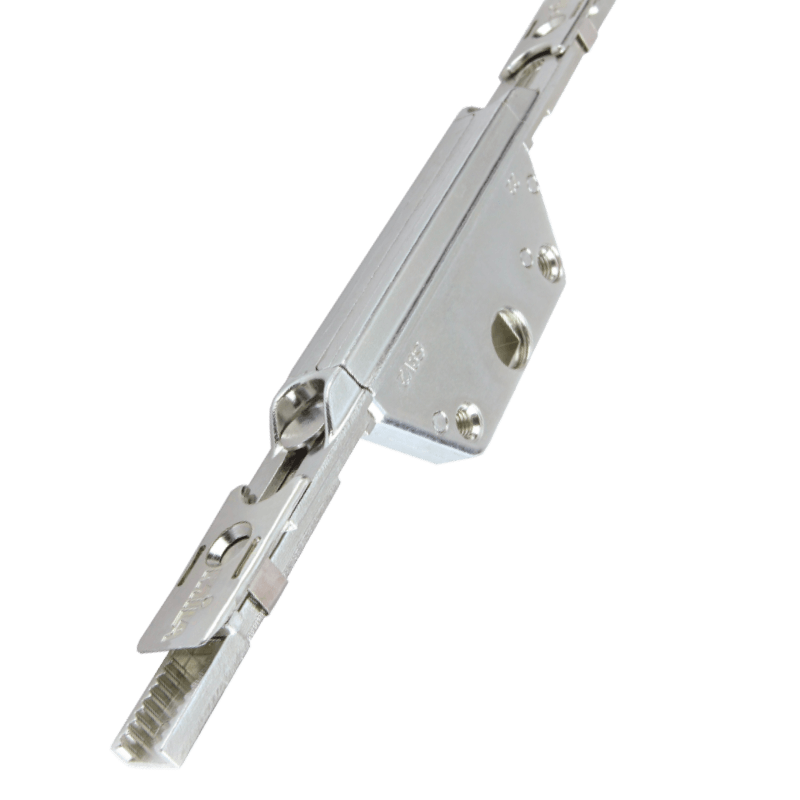 In the past, many windows were secured by just a peg stay or the handle. A single pane of glass was also much easier to break than double or triple glazing. However, today’s windows are now fitted with locking systems that secure them at multiple points around the frame. They can also be fitted with toughened glass, which is an astounding 5x stronger than standard annealed glass, so smashing the glass area to force entry is impossible without an incredible amount of noise and effort.

Although our slimline windows are perfect for anyone looking for modern windows, they won’t be suitable for everyone. So, here are some other memorable window styles that you might consider: 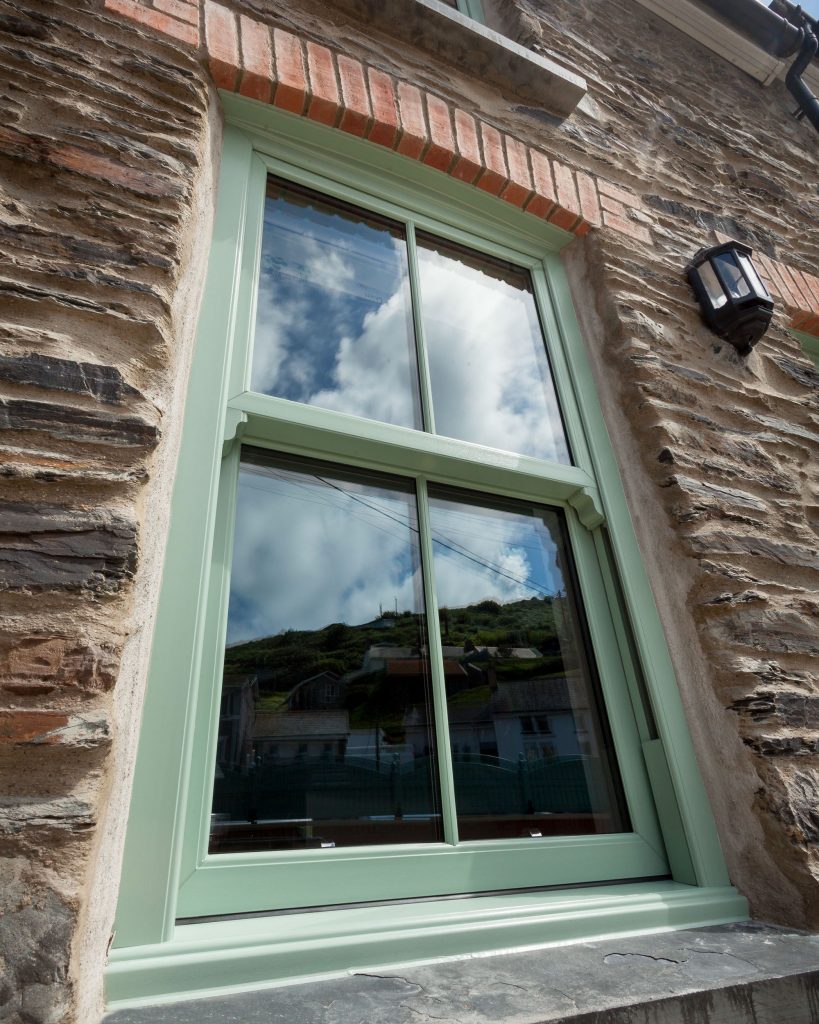 Sliding sash windows are one of the most recognisable of all the window styles. Featuring 2 sashes that slide together independently, they used to be built from timber and they still are. However, uPVC versions of them are now available too. Many period properties are still fitted with their original sash windows, although the ones available today are built to the same proportions.

You can learn more about whether uPVC or timber sash windows are right for you by following the link to our blog here. 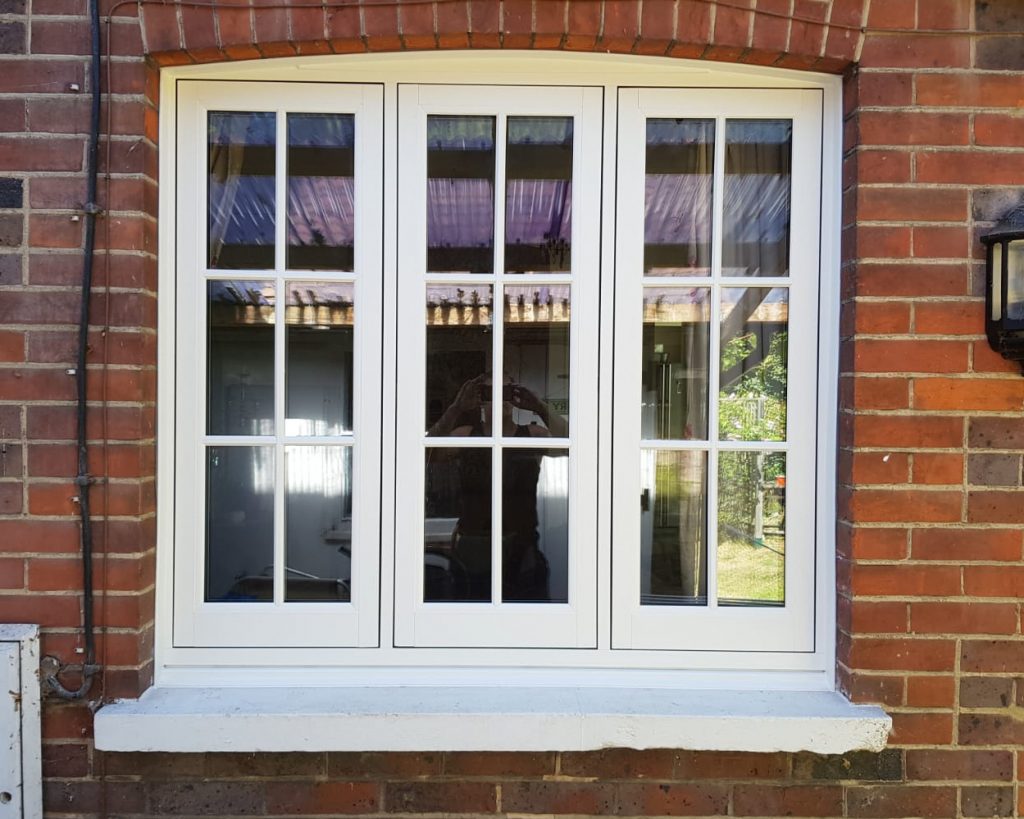 Characterised by window sashes that sit flush with the framework, flush casement windows are typical of many of the timber windows that you find on older properties. However, their flat profiles are also remarkably slim, so they don’t look out of place on more contemporary homes either. Here at Sheerwater Glass, they are available in uPVC or timber.

If you’re looking for modern windows, look no further than our unique slimline windows. However, we have a wide range of uPVC, aluminium and timber windows available, and all of them utilise the latest technologies. So, we’re able to cater to a wide range of needs whilst always guaranteeing exceptional performance. For more information, give us a call on 01932 344 415 or contact us online.